What I Learned From My Summer Interview and Job Search Experiences

I have been interviewing this summer for a different job.  Before I get too far, I want to say that I am no longer interviewing and will be staying with my current company. My managers are all aware that I have been very frustrated at work over the last two months and we have now come to an agreement that will work for everyone.  So I am extremely happy in this new role now but learned a gazillion things about interviewing and job searching over the summer that I just had to share with you!

Although things didn’t work out like I thought they would, I learned so much about myself and what I want for my future.  That is why it is so good to job search and go on interviews even if you are somewhat happy where you are.  You get great experience for that future interview that will REALLY matter and you learn more about what you don’t want and what you do want.  You also develop connections with the people that interview you that you can be beneficial for the future.

So here is what I learned from my job searching experiences:

For two months I was strung along by a company that basically offered me the job in the interview.  I thought I had it and I thought that it is was my dream job. After finding out that I did not get the job, I know it wasn’t the right fit for me and instead of being incredibly devastated by not getting it, I am actually happy and relieved.

I know I would have taken it and would not have been the right fit for me LONG-TERM.  Maybe only for a year or two, but then I would be in the exact same position. So I know it is really hard to not get the job and receive that rejection email that they are taking a more qualified candidate, but look at the positive -> that job and that environment were just not for you and there is a better opportunity waiting for you right around the corner. That’s what I learned. For me, a better opportunity has already come along at my current job that I would never have expected!

2) You MUST have great references handy

If you are just starting to apply for a job or even are just thinking of someday looking for a new job, you need to start thinking about your references NOW. The companies I was working during the interview process all required at least three references. And you think that probably shouldn’t be too hard, right?

Well, one company wanted three references who had to be my managers or supervisors at some point. When you have worked for the same company for 6 years and can’t use anyone from that company, that is really hard! They allowed you to also use professors, but I have been out of school for a while and didn’t maintain those connections as well as I should have after graduation. So I had to go back to people I hadn’t spoken to in years and ask them if they would be a reference for me.  It sucked. Why? Because I should have been maintaining that relationship over the last few years so I didn’t go to them just because I needed something.

TODAY, make a list of everyone that you can use as your reference. Make sure you have about 5 people who are professors or previous managers. Why so many? Well, if one of them is out of town or not available you will need to use someone else. I had to provide references over July 4th week when all my references weren’t available and it was really urgent for the company to receive them as quickly as possible so that they could extend an offer. It sucked. So brainstorm who those people are and reach out to them and make sure that you maintain that relationship. Start today not when you need them later. 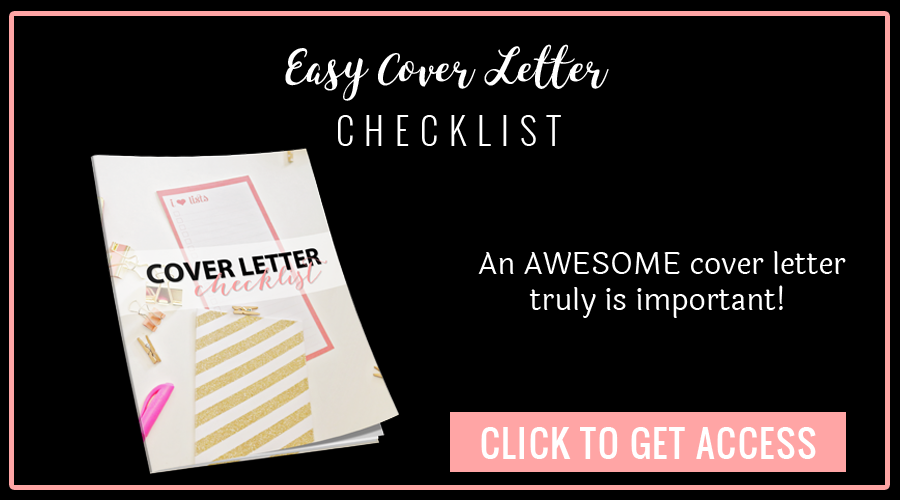 3) Not All Companies Are What They Seem

I almost made a TERRIBLE mistake. I almost accepted a job at a company with serious financial and regulatory issues. My interviews there were amazing and it really sounded like the perfect job for me! But, my friends who use to work at the company told me not to take it and my dad kept sending me negative news articles about the company.  So, I trusted my gut. Even though it looked perfect from the outside, I had this bad feeling that the company was about to go down.

Do your research and know what you are getting yourself into. Ask around and try to talk to someone who currently works there or use to work there. And make sure you set up google alerts or search news articles to determine the current financial status of the company. You don’t want to be the last to be hired at a troubled company, because you may be the first to be fired. Note the red flags and trust your gut.

4) Never Be Too Confident in an Interview

Now that I look back at my multiple interviews at my dream company, I realize that they may have been trying to lead me on to see how I would handle it. They literally asked me how soon I could start, told me that I was the one moving on to the final step and congratulated me in the interview.  Of course, I am going to be confident after hearing all this, right?

But, I think they were trying to give me a big head to see how I would handle it. And when I look back, I don’t think I handled it well. Looking back, I totally thought I had it, so I stopped trying as hard as I would have originally if I didn’t think that I was the last one standing. What I learned is to never stop doing your absolute best in the interview process until you have that job offer in hand, no matter what they tell you. Don’t let them give you a big head and never think you have the job before you do.

Which leads me to the fifth and final lesson that I learned:

5) Don’t Stop Applying While in the Interview Process

Since this one company had led me along for two months and I thought I had it, I stopped looking for jobs during those two months. And then I realized I missed another opening at another company because I was a month too late. The hiring manager even reached out to me and told me to apply and that I would be perfect for the job! Only to hear from her again the next day that they already had someone apply a month ago and she had to go with that person because they got my application too late.

Don’t count your eggs before they hatch. Constantly be aware of what opportunities are out there and keep job searching until you have a job offer that you want in hand.  Don’t stop just because you had one (or two) great interviews and can’t imagine working anywhere else.

Tomorrow I am going to share my job search and application process that landed me five interviews.  Stay tuned!

What have you learned from your job searching experiences?

Remember today is the last day to join us for the

Do you want to create a business you love? Do you

Imagine what it would be like to create your own f

5 Steps To Create A Business Plan. In this broadca

There’s a lot of fears that come with launching

Stop relying on a great idea without a solid plan!

Business Plan in a Day. Anyone else get stuck in t

Put those blinders on. Don't worry about your comp