Create a Business Plan in One Day

Eliminate the overwhelm. Stop wasting time trying to do all the things. Take “figure out next step” off your to-do list for good.

Create a simple, powerful, one-page business plan to grow your business to six figures and beyond. 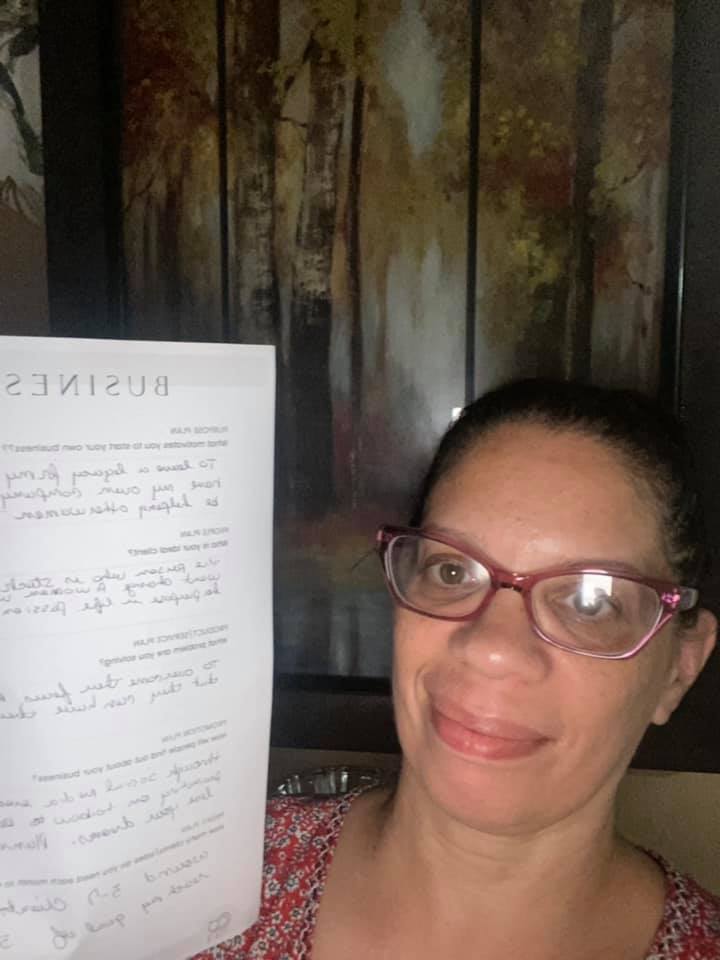 What You’ll Learn in this 90-Minute Workshop:

Instant Access to Business Plan in a Day™ Workshop

Join Master Coach, Anna Runyan, and learn how to create a simple business plan in 90 minutes.

Business Plan in a Day Template

Follow along in the Business Plan Template. This template will help you take action!

What we will be covering to get you on the fast track to business growth:

Watch as Anna breaks down her business planning process with real-world examples and answers specific questions that will help create your business plan with ease and simplicity. Get ready to have an organized plan and know exactly what steps to take next!

"I feel encouraged, confident and empowered."

"It's amazing...you've made me a very, very happy lady and I'm so inspired right now!"

We are an online education company that helps women who are stuck in their work, transition into their ideal business with our proven career change system that guarantees they will feel excited for work on Monday.

We have one mission: To help women find career fulfillment through entrepreneurship.

Classy Career Girl was founded by Anna Runyan, former Corporate Consultant turned Online Educator and Coach. Her website was picked as one of Forbes Top 100 Websites For Women, Forbes Most Influential Career Sites. She’s also been featured on Fox, The Wall Street Journal and People StyleWatch magazine. Anna was nominated as San Diego Magazine’s Woman of the Year and her podcast was named as Yahoo’s 10 Best Podcasts.

Prior to founding Classy Career Girl in 2010, Anna worked for Booz Allen Hamilton where she spent 8 years managing a client delivery team and managed a $75M annual U.S. Navy budget. She was a Certified Adjunct Instructor at Booz Allen Hamilton and a Professor of Management at DeVry University. She received her MBA from University of California, San Diego and currently lives in Wisconsin with her husband and two daughters.

I don't even have a business. Will Business Plan in a Day™ help?

I know it feels scary to make a big leap and create your business plan. When you are doing something new, it will always feel a little uncomfortable at first. I’ve got great news for you...Business Plan in a Day™ is step-by-step to help you identify the right goals for you.

We tell you where to start so you don’t need to have anything ready or done before joining. While it can feel overwhelming to try to make a change without a plan, I suspect what you really need is someone to show you how to do it so you can find more clarity rather than staying stuck.

I am not sure when I will be able to watch the workshop. How long do I have access?

I understand, life is busy!. The great news is that you have lifetime access to watch the workshop when it's convenient for you between zoom meetings and soccer practice.

I've been in business for a while. Is this going to be too basic?

If your business is already booming, great! Keep doing what you're doing.

If you feel like you could use some help attracting the right clients and making sales, then Business Plan in a Day™ is for you!

I'm pretty ambitious and like to learn. Can’t I just learn how to do this myself on Google or YouTube?

I love that you want to take action and get started on your own. The honest answer is yes, you could do this yourself. You could spend 90 minutes searching for information on how to create a business plan OR you could join Business Plan in a Day™ and have your business plan DONE in 90 minutes. Then, you'll be well on your way to a profitable business.

Between spreadsheets and diapers, I’ve got a lot going on right now. Should I wait to join when things calm down?

I get it. The juggle and pressure of all the things we have going on in life as women, moms, wives, etc. can really feel like a lot sometimes. It feels like everyday is always so busy with a million things to do! That’s why I created this workshop just for you. Everyone goes at their own pace and moves at different speeds because we all have different schedules and demands.

You will never fall behind as long as you follow the plan. In 6 months, you could have the results you really want and already be reaching your goals or you can look back and wish you would have joined.