2011 Networking Challenge: One month down!!

How did I do in my first month of the 2011 networking challenge?  Better than expected!!  I met with 4 people I do know and 7 people I don’t know!  I realized during my interviews that everyone genuinely wanted to help me.  There is not one email that I sent for an informational interview where I didn’t receive a response.  I think this is because of the economy right now and people realize how hard it is to find a job.  Job searchers really need to network and meet people to refer them into companies because there are so many applicants that you are competing with.  Never forget that people are happy to help and don’t be afraid to ask for introductions! 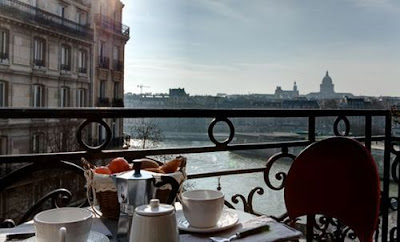 In the first month, I met with four people I do know – a classmate, an old boss, a college friend and a contact I had met at a school networking event last year.  These were not the original people I planned, some meetings fell through and I had to squeeze one in at the very end of the month!  I thought it was going to be the toughest to find and meet people I don’t know.  Well…this was not the case.  The original few people I talked to knew others that they wanted to introduce me to.  I met with someone my school career counselor suggested, 2 people school alumni introduced me to, 2 people in a new department at work, the founder of the beat the gmat website, and someone that a friend introduced me to.  I also attended a shark tank at school where I met 8 other alumni (yes, it is as scary as it sounds..more to come on this in a later blog post…)
So what did I learn from these meetings and informational interviews?

Oh, and one more thing.  During the very first informational interview I had after only speaking a few words, the woman asked me to send my resume to her so that she could refer me.  She didn’t even know me very well but she said the fact that I had reached out to her and that I am being proactive said a lot about my character!  How awesome is that!?

Who are you meeting this month?
If you would like to join the networking challenge for a month or year, just leave a comment below with your email address or send me an email at classycareergirl@gmail.com so that you will receive the monthly networking newsletter.  Good luck!!

Are you an introvert or extrovert? If you are an

When you are going after your goals, you’ll neve

Did you know we are opening our CLASS Membership s

When the barrier between your dream career or busi

Only you can be you and your most important “job

The other day in my membership group, I got this q

How To Find Your Passion Ask yourself these 5 que

What Is Your Passion and Purpose? Finding meaning